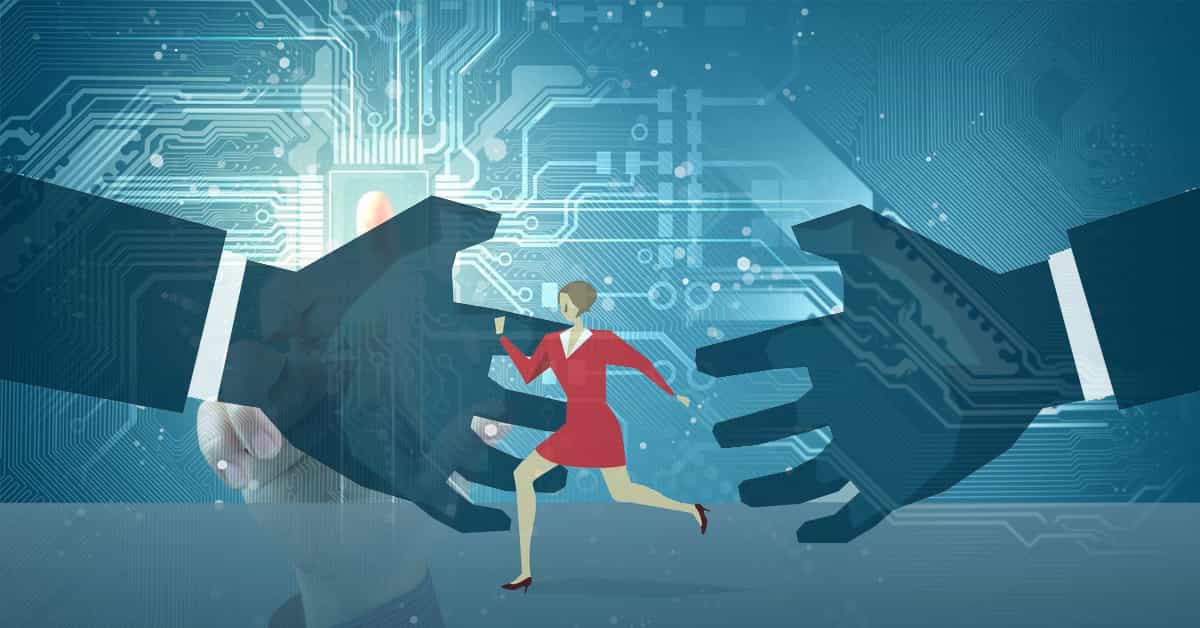 Sexual Harassment of Women at Work Place in Virtual World

In this pandemic time due to COVID-19, work from home is slowly but steadily becoming the new normal. The pre COVID-19 era saw working from home as an exception to the general rule in most sectors. However, the prevalent situation has compelled most sectors to give serious consideration to the option of working from home on a long term basis. With lockdown orders in place and uncertainty looming large, companies have started evaluating implementation of work from home for a large proportion of their employees.

It is apparent that an important facet that requires determination is the scope of what comprises a ‘workplace’ under the Act. Any misconduct in question that may qualify as sexual harassment in terms of the Act, but which occurs outside the workplace, may not typically attract the provisions of the Act.

The definition of ‘workplace’ under Section 2(o) of the Act, is an inclusive and non-exhaustive definition and includes any place visited by the employee arising out of or during the course of employment, including a dwelling place or a house. This allows discretion to the relevant adjudicating authority to determine the exact scope of the ‘workplace’ in the facts and circumstances of each case, as and when such determination becomes necessary.

Given the nature of the legislation and the protection it seeks to extend to women, it may reasonably be assumed that the scope of ‘workplace’ shall usually be construed liberally and not in a restrictive manner.

Even otherwise, as a socially benevolent legislation intended to extend protection to women at workplaces, the Act would attract the application of the principle of ‘notional extension’, a principle of law that has been used by courts time and again in the interpretation of beneficial legislation, to serve the objective of the legislation.

On a perusal of available literature and judicial precedents, it appears that the theory of ‘notional extension’ has been used by courts while interpreting laws governing compensation to be awarded to employees or workmen in case they sustain injuries during the course of their employment. A prerequisite under the applicable laws governing the award of compensation to employees/workmen by an employer was that the incident must have arisen “in” or “out of” the course of employment.

Therefore, the question that often arose in such cases, to determine the liability of an employer, was whether or not such causal relationship between such incident and the employment could be established. Such determination required, in some cases, the examination of what constituted a workplace for the purpose of employment or engagement of the employee or workman.

In this context, in the landmark case of Saurashtra Salt Manufacturing Co. v. Bai Valu Raja & Ors., the Supreme Court opined on the applicability of the theory of ‘notional extension’ of the employer’s premises. It was held that the theory of notional extension was applicable to an employer’s premises so as to include an area which the workman passes and re-passes in going to and in leaving the actual place of work.

The Supreme Court also clearly set out that the scope of such extension of workplace would have to be determined in the facts and circumstances of each case. However, it can be reasonably concluded that an employer’s premises were not restricted to the strict perimeters of the office space and could be extended beyond such physical territory.

Similarly, in the case of Sadgunaben Amrutlal and Ors. v. The Employees’ State Insurance Corporation, Ahmedabad, while discussing a claim under the Employees’ State Insurance Act, 1948, the High Court of Gujarat observed that recourse may be had to the notional extension theory in order to extend both ‘time’ and ‘place’, in a reasonable manner, in order to ascertain whether an accident to a workman may be regarded as in the course of employment and to effectuate the intention of the Legislature.

Notional extension of ‘workplace’ under the Act

Pertinently, the phrase “out of or during the course of employment” has also been included in the definition of ‘workplace’ under the Act.

In the case of Saurabh Kumar Mallick v. Comptroller & Auditor General of India, the Delhi High Court observed that the aim and objective of formulating the Vishaka Guidelines [propounded in Vishaka v. State of Rajasthan] was to ensure that sexual harassment of working women is prevented and any person guilty of such an act is dealt with sternly.

Keeping in view the objective of the judgment, a narrow and pedantic approach cannot be taken in defining the term ‘workplace’ by confining the meaning to the commonly understood expression ‘office’.

“It is imperative to take into consideration the recent trend which has emerged with the advent of computer and internet technology and advancement of information technology. A person can interact or do business conference with other person while sitting in some other country by means of video-conferencing…In a case like, this if such an officer indulges into an act of sexual harassment with an employee, say, his private secretary, it would not be open for him to say that he had not committed the act at workplace, but at his residence and get away with the same.”

Noting the above, the High Court observed that the following factors would have bearing on determining whether the act has occurred in the ‘workplace’:

(a) proximity from the place of work;

(b) control of the management over such a place/residence where the working woman is residing; and

(c) such a residence has to be an extension or contiguous part of the working place.

Similarly, in its decision in Jaya Kodate v. Rashtrasant Tukdoji Maharaj Nagpur University, when the issue of the scope of workplace arose, the Bombay High Court deemed it necessary to interpret the scope of workplace to be beyond the literal physical workplace. In this background, it was held that the mode and manner in which the basic concepts are exploited by it, leave no manner of doubt that the design of the Parliament is to provide safety and security to women at all workplaces. When the intention of the Parliament is very clear, it becomes even more evident that the definition of workplace under the Act is inclusive and again deliberately kept wide to ensure that any area where women may be subjected to sexual harassment is not left unattended or unprovoked for.

In fact, in addition to the decision of the Delhi High Court in Saurabh Kumar Mallick, it would appear that the courts have given an expansive interpretation to what would constitute workplace as and when the need arose to extend its ambit in the interest of protection of women in their workplace, even before the Act came into force.

For instance, in the case of Ayesha Khatun v. The State of West Bengal & others, the Calcutta High Court had recognized that even though workplace had not been defined either in the Vishakha guidelines or in the Vishakha judgment, a logical meaning should be given to the expression ‘workplace’ so that the purpose for which those guidelines have been framed, is not made unworkable.

“Workplace, in my view, cannot be given a restricted meaning so as to restrict the application of the said guidelines within the short and narrow campus of the school compound. Workplace should be given a broader and wider meaning so that the said guidelines can be applied where its application is needed even beyond the compound of the workplace for removal of the obstacle of like nature which prevents a working woman from attending her place of work and also for providing a suitable and congenial atmosphere to her in her place of work where she can continue her service with honour and dignity.”

With the concept of virtual offices and work from home taking precedence in light of the lockdown orders and with the aid of applications like Zoom, Microsoft Teams and Skype etc, working in physical spaces and proximity has taken a backseat. This raises the question of whether our homes or virtual reality space qualifies the test to be recognised as a ‘workplace’ keeping in mind the spirit of the Act.

Our understanding is that any act of sexual harassment effected virtually in a home working space can be included in the notional definition of a ‘workplace’. The definition of workplace under the Act, itself envisages the concept of notional extension, and such legislative intent has also expressly been recognized by the Courts.

While the decision of the Delhi High Court in Saurabh Kumar Mallick pre-dates the existence of the Act, the same concept has been imported to be specifically included under the Act through the use of phrases such as “any workplace” in Section 3 and “out of or during the course of employment” in Section 2(o) of the Act.

In the virtual world, there is a thin line between such harassment that may occur in the course of work or employment and that which may be perceived as harassment while operating outside the physical workplace. Having said that, the scrutiny of facts and circumstances of any complaint arising in case of employees who are working from home would be necessary to determine whether or not such complaint falls under the purview of the Act, keeping in mind the dynamic scope of ‘workplace’. 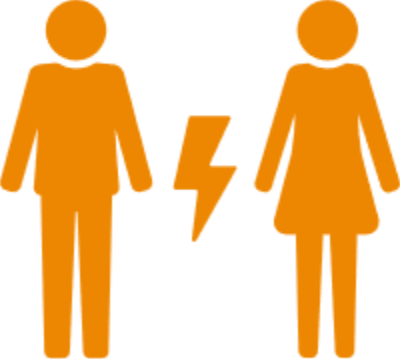 Due to lockdown in India domestic violence cases has increase rapidly. Lockdown increases the risk of domestic violence within the home. Domestic Violence includes a physical, sexual, financial, psychological and emotional abuse against the women in house which is safest place for any person. During lockdown lot of women suffers with the act of assault, threats, humiliation and intimidation by the husband or other family members. Disconnection from outside or parental home support is one of the biggest reason for rise in domestic violence during lockdown. Due to lockdown victim of domestic violence not able the leave the place and continue to suffer the violence and can face physical and mental health difficulties. Another reason for rise in domestic violence is mental stress, insecurity of job, financial stress, future of business and other futuristic emotions of the person which led the violence. Another reason for rise in domestic violence is act of victim in most of the cases victims always blame themselves for violence instead of retaliation. Acceptance of violence increases the cycle of abuse and it should not be acceptable. Victims should always report the domestic abuse to the police and also informed about the violence to friends, family and neighbors. There are helplines number for the victim of domestic violence provided by the government. When the victim report to police, she has to elaborate entire incidents which were happened and should give a written complaint and ask for security from the police. If the violence physically hurt the victim, then she has to ask for medical examination (MLC) from the police. In such situations police called the abuser and send them to the counselors to resolve their family issues. Victim can adopt other legal options against the domestic violence such as she can report to the Woman Commission if police officer is not ready to assist the victim or Victim can directly file the Complaint against the abusers by filing a case under section 12 of DV ACT.